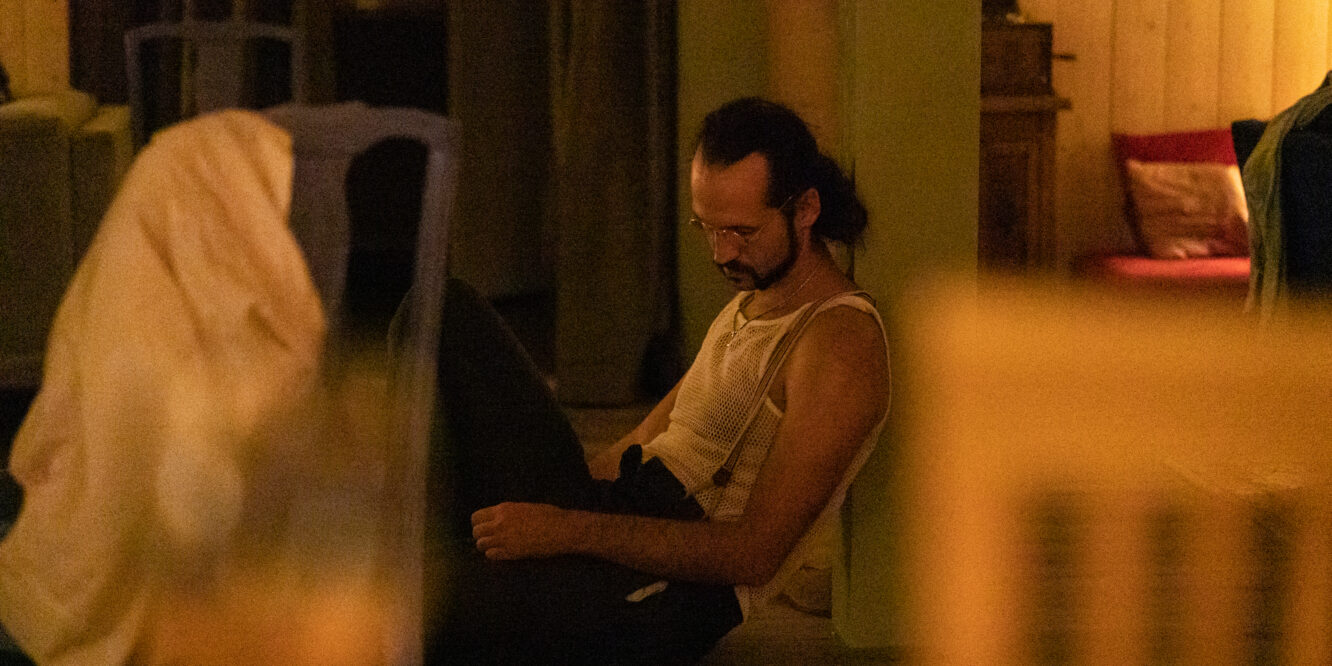 ”What power do you have that we do not have? said the chief.
”It is a thing we call science” said Angus patiently. ”With it we build such things as the ship in which we came. It will do many great things. It can make light appear in the night, and it can keep beds dry when it rains. It can produce better children.. It can…”
– L. Ron Hubbard ”Battle of Wizards” 1954

It is the beginning of the 1950s and the Second World War is over. The United States of America are trying to ride the boom of renewed productivity. Housewives try to get used to being back in their pastel kitchens and men suffering from PTSD have started to get used to leaving their identical bungalows to drive to offices and factories to support their families. That is, at least, the image of the post-war US most of us recognize. But, right there in the midst of family values and new prosperity, strange and dark things are brewing.

The order is based on the teaching of the Founder and often receive direct instructions from him by letter. This particular Chapter is built around the communal living in a cabin called The Ranch currently under the leadership of A. Parker. He has long had an interest in the occult as well as his well-known fascination with science fiction. His commune where he lives with his wife, his lover and their extended network of spiritual family (also his congregation) is a place for experiments, searching for new horizons, orgies, opiates and science fiction novel- book reading clubs. Right now, the stars are aligning for the biggest ritual of the century, the bringing forth of the Antichrist. And therefore also, the biggest party.

The kind of people attracted to the lodge and the chapter is a mixed bunch. You find scientists and artists here. Some are driven by faith, others by greed and sex. Here you find aspiring science fiction writers, housewives, poets, painters, chemists and teenagers adrift. No matter if their passion is a sociopath’s need to be in control of others or a true belief that the worshiping of Satan through sexual rituals will lead them to success and wealth, they still have created a sort of family together, living at the fringe of the all-american dream, a fringe where monogamy is frowned upon and honesty the highest of virtues.

Pulp fiction is a genre of often sci-fi-heavy short stories and novellas that during the end of the 40s were published on cheap paper as magazines. The paper quality was very poor due to being made with recycled paper, hence the term ”Pulp”. Often fantastical and sexual in theme the stories of the Pulp fiction magazines did not care about the limitations of man but rather envisioned a bigger world, with aliens, space travel and exotic civilizations. Many of the characters at this larp read and enjoy these short stories, some even make a living writing them. These fantastic stories can be seen as the representation of the tantalizing possibility that there is more out there than that meets the human eye, and that with the right drive and power, humanity can reach beyond any boundary.

The early 50s is a time of change within the scientific community. The war is over but the Cold War is just starting. Things that only four or five years ago seemed so impossible it might as well have been fairy tales, such as building rockets that could travel to outer space, are now on the government agenda. The fear of nuclear war and communists are becoming new driving forces in cutting edge research. There was a budding feeling of nothing being impossible. After all, science proved every day that man could reach further than humanity had ever believed. If things that only a decade ago was seen as fever dreams in a pulp fiction magazine could now get government funding for research, what said that what today was called superstition or supernatural could not be real as well?

The larp is set in our world and there is no more or less magic and demons in the larp than it is outside of it. Some of the characters might not believe in the rituals and the teaching of the church, others believe completely. There will be no summoning of Satan and nothing supernatural will happen during the larp even if individual characters might believe that something that happens is indeed magical in nature. Some see it as true magick, others might believe there are strong connections between magick and science.